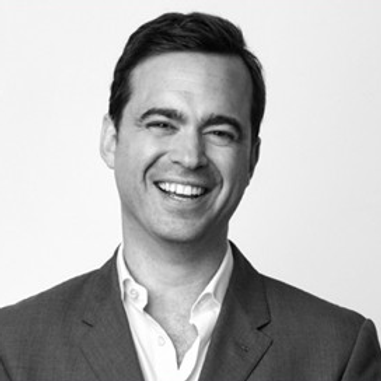 Are reports of advertising’s death being greatly exaggerated? Fergus Hay, CEO of Leagas Delaney, airs his views on the hot air circulating around the industry’s terminal decline.

Are reports of advertising’s death being greatly exaggerated? Fergus Hay, CEO of Leagas Delaney, airs his views on the hot air circulating around the industry’s terminal decline.

Every category today is in a market-share dog-fight driven by a stagnant economy, lower discretionary spend and a flooded competitor set all vying for differentiation. The competitive landscape is fierce.

In this brave new world, what role does the traditional, supposedly outdated and moribund advertising discipline play? It depends on your vantage point.

Advertising was originally non-channel specific. The role of the discipline was to drive growth for clients (growth of the category or market share) by driving consumption. It was a war gaming tool that used creativity rooted in strategy to gain an unfair advantage over the market. It really was the most capitalist of approaches.

In the 1950s the battle arena was restricted to print, radio and TV. Today’s world is wonderfully technology enabled, with thousands of ‘touch points’ and channels to reach consumers but these have also served to dilute the message. In reality it’s ‘plus ca change’: the tactical tools have evolved, but the premium skills of building brands, forming relationships and driving consumption have never been more important.

Agencies and marketers who take a distilled approach, and clearly identify what the marketing strategy needs to do to achieve the required commercial goals, will continue to grow. Carefully selecting the one, two or three key marketing levers to pull based on this strategy can help align resources, efforts and the power of creativity to change a business.

For some the answer lies in product development. When approached by Twinings to produce a TV ad, we suggested that in order to achieve growth they should launch an Everyday Tea product instead. It’s now their biggest selling category and the move grew the business significantly.

For others it might be brand positioning. We repositioned the adidas brand globally to target consumers aged 12–20, taking them from the verge of bankruptcy to being one of world’s most celebrated sports brands floating on the stock market.

For many, high-quality creative communications is still the answer. For Patek Philippe the tagline ‘You never actually own a Patek Philippe. You merely take care of it for the next generation’ has taken them from being an unknown business to one of the most desired luxury watch manufacturers.

The inconvenient truth is that advertising done well was never, is not now and never will be, a channel specific discipline. It uses creativity rooted in pin-point strategy to secure an unfair advantage in a competitive market in the capitalist pursuit of growth. Anything else is just hot air.